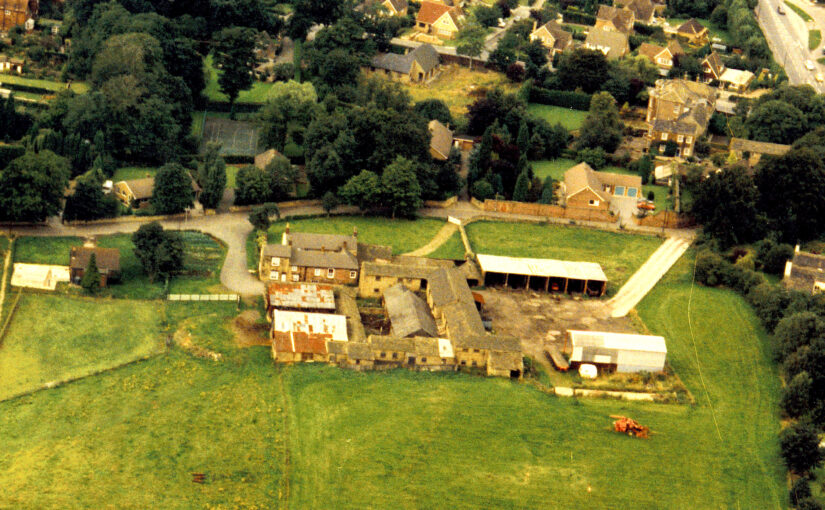 Before the advent of industries like stone quarrying and coal mining the principal occupation in Oulton and Woodlesford for hundreds of years was farming. In the 19th century most of the land was owned by the Calverley family of Oulton Hall. They had tenants at what’s now called Oulton Farm, but which was earlier known as Home Farm or Hollin Hall.

Other tenants occupied Greenland Farm on Farrer Lane and the smaller Manor House Farm next to Oulton St. John’s school. There were other farms and smallholdings including Croft Farm, now marked by a blue plaque, as it was once the home of the classical scholar and theologian Richard Bentley. Farmers also lived in the hamlet of Fleet Mills at the end of Fleet Lane. Water Haigh farm  became the property of Henry Briggs, Son & Company Ltd. when they bought the land to sink the pit in 1908.

At Woodlesford there was Wood End farm. Before World War One it was the childhood home of Meta Hopkins, a girl from Northern Ireland, who, as Meta Mayne Reid, became a famous children’s writer taking her literary inspiration from her childhood playing near the River Aire.

In the early 19th century many of the fields managed by the tenants of Wood End belonged to the Fenton coal mining family. It passed to the Rothwell pit owners, J. & J. Charlesworth, and in the 1940s was leased by Rothwell Urban District Council. Their tenants included the Hirst family who lived in a house on the site of the Needless Inn at the junction of Holmsley Lane and Pickpocket Lane. The Hirsts were well known as the builders of brightly coloured gypsy caravans.

The Calverley tenant farmers were managed by a land agent. In the 19th century this was John Farrer who was succeeded by his son of the same name. After that John Hirst took over followed by his son, Fred, and finally his grandson Bernard Hirst.