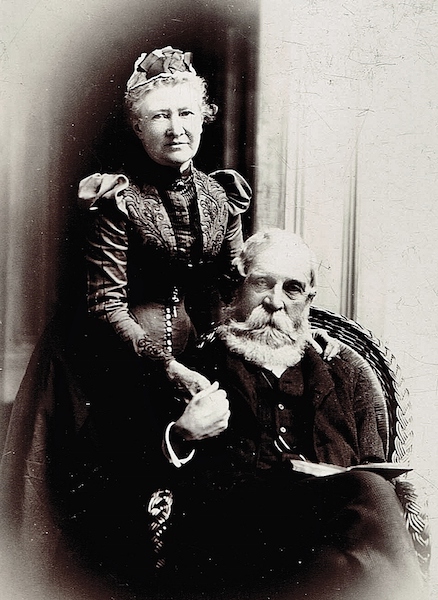 DEATH OF THE LORD OF THE MANOR.
Rothwell Times. Friday 17 September 1897.

It is with deep regret and feelings of sympathy towards the bereaved family that we chronicle the death of Edmund Calverley, Esq., of Oulton Hall, which took place on Wednesday evening, about half past five o’ clock.

It has been generally known that since Mr. Calverley had a stroke some five years ago, his health has been seriously impaired, but up to Monday last there were no symptoms in his condition to cause grave anxiety, and consequently his sudden death by the breaking of a blood vessel on Wednesday evening, caused general consternation throughout the district.

About a fortnight ago Mr. Caverley was down in Essex, where he had an attack of pleurisy. On reaching home he appeared much better, but on Tuesday night he ruptured a small blood vessel, and was attended by Dr. James, of Oulton, and Dr. Chadwick of Leeds, the opinion of the latter doctor being that he wanted rest and quiet, and would be better again in a short time.

On Wednesday morning, too, the patient appeared much better, but in the evening very grave symptoms manifested themselves. It was found that another blood vessel had been broken, and death took place in a very short time afterwards.

The deceased was 71 years of age, and was one of the oldest magistrates in the Lower Agbrigg Division, the senior on the list being his neighbour, the Earl of Mexborough. The bench, however, had no great attraction for him, and during the last 20 or 30 years he was very seldom seen at Quarter Sessions, and never at Petty Sessions.

For many years Mr. Calverley has not taken much part in public affairs, although in local matters he has had all times manifested a very great interest. Especially in church work, the village schools, and the Harold Hall, he has shown a lively and enthusiastic interest, and contributed handsomely towards their funds.

He was, of course, the patron of Oulton church, and he also had the right of presentation for the living of Rothwell, the mother parish. Nothing that went on in the village escaped his attention. He was well known to all, and invariably had a word for those he met on his rambles.

His attachment to the place was evidenced by the good order in which he kept his property. Oulton was, in 1871, described as one of the best kept and most picturesque villages in the neighbourhood, and that description is true today.

The cricket and football organisations of the village have had in him a generous patron, the local fixtures of the respective teams also having in the late respected squire a consistent and deeply interested spectator.

As a young man Mr. Calverley joined the Yeomanry, and after 13 years with the Yorkshire Hussars, retired as a captain. He married the sister of the present Lord Rookwood, Mary Isabella, whose death took place in June 1895. Her loss was keenly felt by the partner of her life, and, it is said that never a day past while he was in residence but he visited her grave.

At church he was a regular attendant, and he contributed freely to the Establishment. Mr. Calverley was by far the largest property owner in the old parish of Rothwell, succeeding to the estate in 1868 on the death of John Calverley, Esq., whose father munificently bequeathed the funds necessary for building the fine beautiful church of Oulton, which is dedicated to St. John.