Frederick George James was one of the porters at Woodlesford from shortly after the Second World War until the station became an unmanned halt in 1970.

He was born in 1910 at West Quantoxhead in Somerset and  grew up near Bicknoller not far from the Taunton to Minehead branch of the Great Western Railway. It’s therefore possible his lifelong interest in trains germinated when he watched the G.W.R.’s famous green engines steam by.

Following in the footsteps of his father Fred was a farm labourer before he joined the regular army in April 1934 serving first with the Somerset Light Infantry at the Jellalabad Barracks in Taunton. After a year’s training he went to India where he spent over four years before returning to the UK in March 1940. He was promoted to Lance Corporal and in May 1942 he transferred to the Queen’s Royal Regiment and was sent to the Middle East where its thought he fought in the battle of El Alamein.

It’s known he was injured during the Second World War by a piece of shrapnel in his neck and it’s possible that he first came to the Woodlesford area to be treated at the military hospital which had been set up at Swillington House.

On his transfer to the Army Reserve in January 1946 Fred’s conduct was described as “Exemplary.” His testimonial reads: “This soldier has completed nearly 12 years colour service, during which time he has shown himself to be clean, honest, sober, reliable and trustworthy. He is willing and a hard worker and can be relied on to carry out his duties without supervision.” He was awarded the 1939 – 1945 Star, the Africa Star, the War Medal, and the Defence Medal. 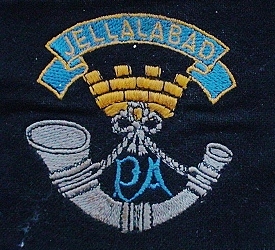 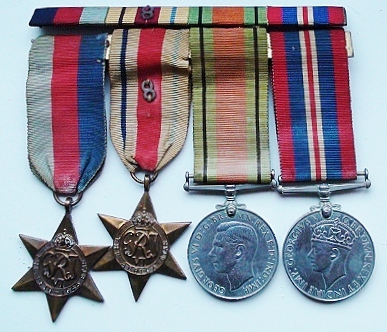 As the war was ending Fred married Woodlesford girl Maud Britton, the daughter of local postman Billy Britton. They lived at 14 Highfield Lane where their only daughter, Margaret, was born in 1947.

For nearly a quarter of century Fred James, who walked with a slight limp, was a fixture at Woodlesford station perfectly happy in his role as a porter buy cheap valium online no prescription issuing and collecting tickets, unloading parcels, and keeping the station clean and tidy.

His main claim to fame was the garden he helped create. It was next to the Up platform enabling Woodlesord to win a Best Kept Station competition every year between 1957 and 1965.

A feature of the garden was an aviary of brightly coloured budgies which attracted children and their parents to the station. It was started by fellow porter Harold Ellis in 1964 but, tragically, he lost a leg when he was knocked over by a train and had to have a year off work.

With no experience in budgie breeding Fred bought a male bird to mate with the one surviving hen which had spent the winter alone. “I thought it was about time she had a husband, so I bought a cock bird for her. Then a little later I bought another pair, and now we have 13 budgies plus ten eggs which are being hatched,” he told the Wakefield Express in 1965.

With the introduction of “pay-trains” in 1970 Woodlesford became an unmanned halt but instead of being transferred elsewhere Fred opted to stay on as a “lampman” filling up the oil lamps on the semaphore signals controlled by Woodlesford and Waterloo Sidings signal boxes.

According to his daughter he was devastated when most of his fellow workers and friends were made redundant or pensioned off, and, within a year of his retirement, Fred James died of cancer in June 1976.

Maud James passed away in 1985 after moving to live with her daughter who had worked at Oulton Hall and then as a cook and nursing assistant at other mental hospitals in the Wakefield area.

Click on the link below to hear Margaret remembering her father and life at Woodlesford station in the 1950s and 60s.

“He were brilliant.” The memories of Fred James daughter